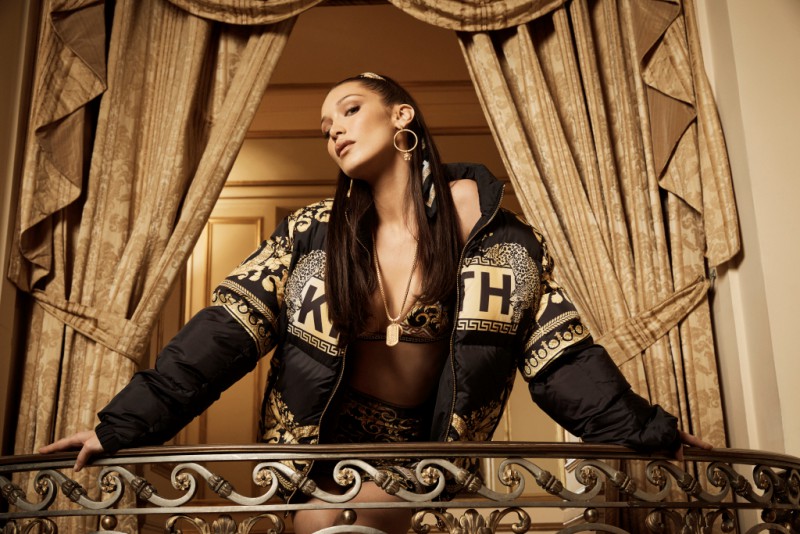 Versace and street? Hearing those two together would make many think of a downgrade. That’s not the case, however, with this collaboration with Kith. Ronnie Fieg’s designs ensured that the Italian house’s opulence would be upheld even with a more casual, and edgy even, aesthetic.

Fieg, mastermind behind many streetwear must-haves such as the Fieg x ASICS collection of kicks and collaborator to big organizations such as Adidas and Coca Cola, has his first venture into luxury with Versace. We’ve been teased of this previously with an Instagram post and a full-blown fashion show in September, so the drop isn’t entirely surprising. Back then, the partnership seemed odd because of the difference in styles between the two. Months later though, it all falls into place, especially now that we’re marveling at the Bella Hadid and Lucky Blue Smith-led campaigns. Hadid is no stranger to Versace as she is one of the maison’s favorite muses. Back in September, she opened the Spring show for Kith which was the very first time we laid eyes on the Kith x Versace collab pieces. This time around, the spotlight is back on Bella as she dons the extravagant street garbs. As is with Versace, we have loud colors and bold patterns in the puffer jackets and bodysuits, and an ultraluxe tracksuit set made in velvet.

Lucky Blue Smith’s set of photos, which were released shortly after Hadid’s, flaunted the menswear but without toning down the luxury. Just like the women’s pieces from the collab, Smith’s clothes featured the Versace print prominently in a variety of items. There was a velour puffer that matches the lavishness of the velvet tracksuit, as well as a jacket featuring the new Medusa made for the occasion. Fieg was responsible for dressing both Hadid and Smith, who in turn added glamour and fierceness to the collection.

The campaign is just a sampling of a tiny portion of the Kith x Versace collection. In total, there are at least a hundred pieces that cover clothing, outerwear, footwear and accessories for both men and women. Besides the mentioned pieces earlier, there are trendy bike shorts, denim and logo sweatshirts. The house’s classic Amico Trainers, which rose in popularity back in the nineties, are standouts more than two decades later and are available in five versions. Then there’s also rapper 2 Chainz’ high-top Chain Reaction sneakers that go all out with velour, Velcro and zippers. Fieg was in charge with the designs, while Versace provided the material end of things. Made completely in Italy, the collab is a first for Versace as much as it is a first for Kith. There’s also an unprecedented change present in the drop: the Medusa was redesigned. The eyes are now covered completely by the Kith logo.

Kith x Versace dropped on February 15, 2019 which means that the entire collection is now available for purchase. Kith stores will keep stocks, so you can just head towards one nearest you. If that isn’t an option, the two brands’ websites are also easily accessible. For international shoppers who want to see the collection in the flesh, Versace’s flagship stores worldwide will carry products of the collab. The Kith x Versace Lookbook is now live. The lookbook explores the 80-style range. Link in bio. Collection releases this Friday at all Kith shops and at 11AM EST on Kith.com.

For the final Kith x Versace takeover we’ve partnered with iconic Italian restaurant Carbone to redesign their entryway, barriers, and menus. This special experience begins tonight for dinner and will last until this Friday 2/15. 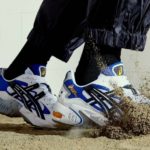 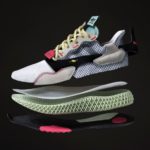