Nostalgia for the 1990s is not only evident on the pieces that can appear as if they are lifted directly from the decade—the industry also seems to be yearning for the faces that made the nineties runways memorable. Since last year, we’ve been hearing of the touted original supermodels making their way back to the catwalk, especially when it concerned Versace. And now, the Italian house has done it again: Stephanie Seymour, one of Gianni’s iconic muses, has walked clad in a Donatella creation for fall.

Addio Milano! I had the most fun closing the Versace show this week. Thank you thank you to everyone who made this trip so wonderful!! @versace @donatella_versace @pg_dmcasting @kjeldgaard1 @imgmodels @sbermood @ivanmbart (my mom??) #versace #stephanieseymour

It can be remembered that Donatella Versace enlisted three big names in the modeling world, Cindy Crawford, Naomi Campbell and Claudia Schiffer, during the brand’s SS18 show as a tribute to Versace founder and her late brother Gianni. Last year, the audience gasped at the sight of Shalom Harlow on the Versace catwalk after six years of absence. It seems that looking back at the house archives still isn’t over for Donatella, who has incorporated some of her brother’s most iconic styles into her own. Tapping Seymour, as well as other beloved models at the time, only made the collections more potent.

The Versace AW19 runway is filled with reminders of the house’s codes, the most prominent of which is perhaps the safety pin embossed with the Medusa logo that models had to go through as they strutted with Donatella’s latest pieces. The most popular models of today have also graced the stage, such as Kaia Gerber, Kendall Jenner and Bella and Gigi Hadid. Harlow, who made headlines last year when she walked the Versace catwalk, proved that she still is as eager to do modeling for the house. But by the end, it was Seymour’s time to shine as she walked in a slinky, slightly shimmering black number that came with a corset detail.

Seymour has not been on the catwalk for 10 years before her most recent Versace appearance. When asked about how she felt being a Versace muse once again, the model expressed excitement and even felt sentimental. “Who wouldn’t want to do the Versace show again after 20 years?” she said in an interview with Vogue. In her earlier years as a model, Seymour always remembered Versace shows to be fun especially when she walked with models who forged close relationships with her.

The return to the catwalk is a long time coming. Piergiorgio Del Moro, prominent casting director for luxury fashion labels, revealed that he and Donatella have already asked the model to appear for a show during previous seasons, and were ecstatic when she finally confirmed. Although Seymour walking is truly a headline-worthy event, the model has not been completely absent from public view. For a time, she dabbled in acting, was involved in ad campaigns and occasionally got together with other contemporaries for magazine covers. Another endeavor of hers is her own high fashion lingerie brand, Raven & Sparrow, which was launched in 2017. The line is exclusively sold by Barneys New York. 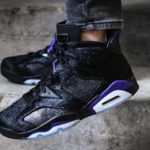