A watch may be a simple adornment on the wrist for some, but for others, it is piece that has a story to tell. Luxury timepieces, in particular, are no exception. These elegant bands have deep rooted tales to tell, from the rich history of their manufacture to the long process of watchmaking. Though they may come in heftier price tags, the colorful traces of memories and expertise behind these watches made them what they are today: symbols of luxury and class.

But more often than not, a true basis of a luxury watch’s value is easily recognizable with its brand name, and the label it bears. There’s no denying that the “Swiss-made” label is one often sought among luxury watches, and for good reason. Switzerland, one of the most opulent countries in the world, is home to the best luxury watches that any watch enthusiast can attest to. The decades-long of watchmaking history of the country gave rise to the best timepiece brands in the worlds; so if you are in the search for the top watches on the market, Swiss brands are the way to go. Here are some of the most respected Swiss watch brands that have made a prominent mark in the watchmaking industry: Topping off our list is self-proclaimed ‘Swiss master watchmaker’ Patek Philippe & Co., a brand which hails from the Swiss capital of Geneva. Founded in 1851, it is one of the oldest brands of watchmakers in the whole world. This brand is the epitome of timeless brilliance. While the timepieces boast indisputable sophistication, numerous experts around the globe posit that Patek’s timepieces are some of the most complex and intricate ones in the market. Maybe this brand is an exception to the tag ‘don’t judge a book by its cover,’ because for Patek, the book itself speaks for the cover.

Audemars Piguet is a company that has been passed down from generations and generations of hands that crafted luxury watches. With the reputation of being an established brand reared by the two families of founders Jules Louis Audemars and Edward Auguste Piguet, it truly stands out as one of the prominent luxury timepiece brands in the world. Indeed, the company still retains its status of grandeur as their renowned Royal Oak models, including the Royal Oak and Royal Oak concept, remain to be an essential among wristwatch enthusiasts. Of course, this list would not be complete without the fairest of them all, Rolex. This company’s name echoes an instant association with luxurious and impeccable wristwatches. The brand is known for flourishing developments in the watch industry, always being the first in everything. Rolex was the first brand to come up with the first waterproof watch in 1926, a major innovation that we would not enjoy now without them. Because of their timepieces’ exceptional performance and style, the brand has garnered widespread demand not only in Europe but also across the globe. Its popularity among celebrities and the media also earned Rolex the 64th most powerful brand in the world which was credited by Forbes in 2016. Sleek and stylish may be some of the words that spell Jaeger-Le Coultre. This Swiss brand calls itself a ‘rendezvous between fine watchmaking and high jewelry.’ Most of the timepieces showcased by Jaeger-Le Coultre comes in the finest leather straps, with some embroidered with tiny silver jewels. True to its modern motifs, the brand is renowned for its LeCoultre Calibre 101, the world’s smallest movement, which weights at only one gram.  The tiny yet intricate movement is still celebrated up to this day, even after almost 90 years have passed since its release. This incredible innovation simply exemplify that Jaeger-Le Coultre is one of the finest watch pioneers in the world. IWC a.k.a. International Watch Company is actually founded by Florentine Ariosto Jones, an American watchmaker who is a native of Boston, and a former director of American watch brand E. Howard & Co. His ambition to craft luxurious watches drove him to Schaffhausen, Switzerland in 1868 to learn with Swiss watchmakers and utilize their up-to-date technology in watchmaking. IWC eventually emerged as a respected Swiss watch brand, consistently sustaining their motto of “good, solid craftsmanship from Schaffhausen.” This 115-year old brand is definitely one of the leaders in the watch industry, not only acknowledged for the timepieces’ crisp and modern styles, but also for its accuracy in depicting the time. Aside from that, Omega’s outstanding quality is vouched by the world’s bravest and adventurous souls. Their sturdy and precise timepieces earned the solid trust of the Olympic games, NASA astronauts, and the U.S. Army soldiers. In fact, Omega is the first watch to have ever landed on the moon. NASA astronaut Buzz Aldrin took his first steps on the moon while wearing an Omega Speedmaster Professional. Vacheron Constantin recognizes itself as the oldest watch manufacturer in the world, operating since 1755. Their classic and vintage style and standard still prevail, as reflected in their newest releases, Collectionneurs, which are restored pocket watches from 1920s to 1940s. The brand’s well-preserved heritage is one for the books, considering that some of their previous wearers are Napoleon Bonaparte and Pope Pius XI. Only few people know that household name Breitling‘s first products were not wristwatches. The company traces its roots back in 1884, through Leon Breitling, a Swiss watchmaker.  Breitling sold and promoted pocket watches as the company’s first product, which opened doors for the brand to create chronographs for the military and industrial organizations. While the brand eventually became renowned for its chronometers in the aviation industry, it also rose as a luxury brand, offering prestigious and modern watches. Recently, the brand celebrated its 10th year of partnership with Bentley Motors in 2013 by releasing the fresh and modern Bentley B04 GMT, Bentley B05 Unitime, and the Bentley B06. There is another unexpected fact behind one of Switzerland’s most prominent luxury watch brands. Zenith was established by a young and passionate watchmaker, whose name was Georges Favre-Jacot. Jacot was only 22 years old in 1865 when he thought of creating a watchmaking brand. In 1900, Jacot’s labor paid off when he won a gold medal at the Paris Universal Exhibition for Zenith’s first pocket chronograph. Since then, the brand sprung into its luxury status. The brand’s signature concept has always remained to be futuristic sophistication and immaculate quality. Up to this day, the brand has never stopped receiving accolades for their luxury watches, especially when 2017’s Defy El Primero 21—a throwback inspiration from the classic The Defy— was released. Oris is an independent company that takes pride in crafting ‘purely mechanical’ watches that have been studied for generations. With over 100 years of experience of watchmaking, the brand offers a variety of selection particularly for motor sport, aviation, culture, and diving. Other than that, they also provide watches with designs ranging from classic to modern, with most of their wristwatches bound by leather straps as well stainless steel. Ulysse-Nardin is another Swiss brand that caters to the mechanical watch lovers out there. The brand, named after its founder Ulysse Nardin, was mainly focused on making marine chronometers when it began in 1846. However, it eventually became a supplier of marine chronometer to Russian and Japanese navies in 1904, during the Russo-Japanese War. At present, its status of being a brand of opulence is being cemented by the company’s expertise in making mechanical timepieces, as well as trend-setting and vibrant watches.  If one is in in search of eye-catching embellishments and intricate designs and illustrations, Ulysse Nardin is the one to check out. Another trailblazer in the world of watchmaking in this list is Blancpain. Established in 1735, the brand’s pivot is on mechanical watches. The brand assures that each watch is ‘entirely designed and assembled in Switzerland’ to deliver their best watch to their customers. Blancpain is also notable for their partnerships in motorsport and scuba diving. The next brand, though relatively young, has already established itself in the watch industry. Roger Dubuis, the man behind the eponymous brand, established this empire in 1995. Dubuis used to work for Patek Philippe & Co. as a developer of complications before he decided to start a new venture for himself. Roger Dubuis is notably recognized for its robust, striking, and ornate designs that practically defines class. Its in the brand where groundbreaking innovations and unique designs can be found, setting it apart as a true gem among all the Swiss brands. Girard-Perregaux is another spotlight brand that adheres to the philosophy of attaining perfection in their products. Launched in 1791, classic touches from the 1700s remain in their current lineup of products including in its development and assembling. The brand assures that everything is done by hand, using traditional methods that assure the best quality of each timepiece they produce. While they show their true commitment in maintaining their heritage in the contemporary times, the brand also moves forward through their comprehensive development and research to adapt with the modern innovations. Corum, known for its exquisite limited edition releases, was launched in 1955 by Gaston Ries together with nephew Rene Bannwart. With its philosophy of adopting the creativity and boldness, Corum’s timepieces embody lively and uplifting designs while maintaining a tinge of its signature elegance. One of the brand’s most famed wrist watches is the Corum Heritage Coin Watch, which showcases the American 20 dollar gold coin. This coin watch has swept the American market, because of its chic incorporation of an intimate and historical item into their timepieces.

Richard Mille, another budding luxury brand in Switzerland has been making rounds in the industry of watchmaking. The brand has been introducing fresh and avant-garde designs and materials in the market that are particularly for the sports loving population, especially as its founder gets a lot of inspiration from sports himself. Some of the brand’s notable endorsers are well known names in sports industry, including Alexander Zverev, Rafael Nadal, Felipe Massa, and Bubba Watson. Chopard was founded in 1860 by Louis-Ulysse Chopard, a watchmaker from Sonvilier, Switzerland. The brand not only retails watches, but jewelry as well. They are one of the few best luxury Swiss brands that provides plenty of choices for the female population, carrying a variety of rose gold and jewel-embellished watches. With such sparkling pieces, no wonder Chopard is a favorite among the elites and celebrities.  Setting aside luxury, the brand also advocates for ‘responsible artisanal gold mining’ where they intend to impose requirements for working conditions in the mines. Twenty-six-year-old company Frank Muller is widely known for its distinctly vibrant and modern timepieces. Their effort to craft unique and interesting designs have made the brand widely known among Hollywood and English celebrities. The brand’s founder, Franck Muller’s passion is to devise complicated watches. One of the most revolutionary works of the brand is The Revolution 3, which according to them is the world’s first tri-axial tourbillon in the world. True to its promise of golden standard and contemporary air, Franck Muller watches are definitely a standout because of their signature ‘Cintree Curvex’ shape.

Watch enthusiast or not, Swiss brands commonly are our top picks when it comes to luxury timepieces. Throughout decades of  creation, reinvention and transformation, the Swiss proved to be deserving of the fame and luxurious denotation that the “Swiss-made” label carries. And for the best timepieces from Switzerland’s most respected cream of the crops, you won’t have to look very far—you’re all set with this list, and we assure you of that. 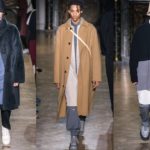 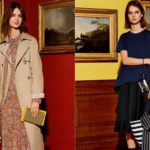