Net-a-Porter
SSENSE
Shopbop
Méchant Loup by L’Artisan Parfumeur Review
Description
The name may suggest something strong, even scary, but Méchant Loup just isn’t quite the Big Bad Wolf everyone is expecting. What we found is a tame scent that would do anything but harm the noses of the people it comes across with, although that does not necessarily mean that it is a people pleaser. This is true from the opening all the way until drydown, falling flat a few times even though it eventually warms up for us. Performance also isn’t exceptional for this L'Artisan Parfumeur fragrance.
Sillage
37
Longevity
45
Reader Rating0 Votes
0
Positives
An inoffensive scent that initially feels soft and soapy
The drydown still is clean but eventually becomes warm
Negatives
We don’t find anything animalic about it to merit it its name
There were parts that fell flat as the scent developed
Not a fragrance everyone would enjoy even if it is inoffensive
41
Ratings
Save Big At:
AmazonEbay

Méchant Loup, otherwise known as Big Bad Wolf, is a 1997 release from L’Artisan Parfumeur. Despite the name, its bottle looks tame in comparison, which would also prove to be true for the scent itself. Perfumer Bertrand Duchaufour is credited for its composition. The fragrance lists its accords to be cedar, myrrh, hazelnut, sandalwood, honey, licorice and cedar. 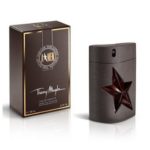 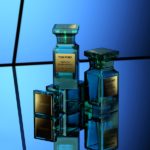