Net-a-Porter
SSENSE
Shopbop
L’eau Bleue by Miu Miu Review
Description
Miu Miu’s sophomore scent takes the world a little lighter than its earlier release. Created with white flowers and green notes, L’eau Bleue is fresh, playful and feminine, reminding its wearer the arrival of spring. She remains unfazed when confronted by social expectations, and instead embraces what makes her feel confident and knows that she has a strong grasp of what goes on in her life, something represented by the presence of the Akigalawood accord and woody notes. The fragrance is best worn on sunnier days even though it does not leave that strong of a trail as much as we would have hoped.
Sillage
Longevity
Reader Rating1 Vote
Positives
Made with patchouli-based Akigalawood accord that reminds of spring
Light florals that are easy to wear and feminine
White musk adds depth to the white flowers
Perfect for warm weather
Negatives
Its spicy notes can be cloying
Sillage and performance are poor
3
Ratings
Available at:
Sephora, from 0.33oz, from $30.00AmazonEbay

Miu Miu’s L’eau Bleue is the house’s second take at a fragrance, launched two years after Miu Miu Eau de Parfum. It is noticeably lighter and happier than its predecessor, reminiscent of spring and also created by the same perfumer, Daniela Andrier. The Givaudan-patented Akigalawood accord that is mostly patchouli makes for the base of the scent. L’eau Bleue’s bottle is very similar to the appearance of the Miu Miu Eau de Parfum’s and comes in three sizes: 30, 50 and 100 ml. 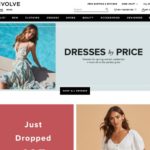 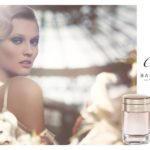