Almost everyone went all out for their respective on Pre-Fall 2019 fashion shows—Coach lit up Shanghai. Versace stayed put in the world’s center for fashion, and so did Moschino. Valentino earned a milestone for heading to Tokyo for the very first time to do its runway show. Louis Vuitton is also making headlines, but for a completely different reason. Instead of a Pre-Fall show, its Creative Director Nicolas Ghesquiére opted to do a lookbook, but it’s not just any other lookbook, it’s a very star-studded one.

Ghesquiére called upon the brand’s 17 dearest friends-slash-ambassadors to do the shoot in New York. The set of photos, taken by Collier Schorr, were done ahead of Christmas, but the French maison waited a bit before releasing it publicly. We have women of different backgrounds such as celebs-slash-models Michelle Williams, Chloë Grace Moretz, Sophie Turner, Riley Keough, Léa Seydoux, Thandie Newton, and Doona Bae wear the house’s garbs. We also saw additions to the Louis Vuitton circle in Zhong Chuxi, Urassaya Sperbund and Indya Moore. Moore’s inclusion was especially significant, because the fashion campaign is a first for the model and actress. The transwoman star of FX’s Pose expressed her being overwhelmed because of the opportunity on her social media. What these women have in common besides being mainstays on Louis Vuitton’s front row is that they all are strong-willed and confident in their choices even if these manifest differently because of their various personalities.

The ladies are more than enough to generate attention to the campaign, but the Pre-Fall collection still takes the spotlight from the inspiring ladies who wear them. Described as the meeting of both city and country styles, it is put together on the models by Marie-Amélie Sauvé based on what she thinks best suits their personalities. Take for instance Indya Moore’s outfit which is simultaneously chic and edgy with the floral ensemble, including the bomber jacket, or Thandie Newton who commands attention and respect with a sleek motorcycle jacket and oversized sleeves. The prints are unrestrained and fresh, and this particular collection has the original monogram on its handbags. The colors take after the non-boring colors of autumn, which are even used all the way down to the brand’s Archlights.

Even though Nicolas Ghesquiére sat out the mid-season show, we will not be missing out in the following schedules. Last year, the creative director revealed that it will be taking its Cruise runway show to New York. The architectural wonder that will be hosting the legacy brand in the Big Apple is yet to be announced, although many are expecting it to be the Frank Lloyd Wright-designed Guggenheim Museum.

Check out the Pre-Fall lookbook below: 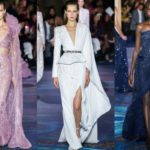 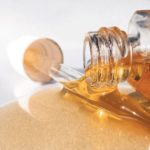 Embrace Radiance This 2019 With These 7 Luxury Face Oils