Net-a-Porter
SSENSE
Shopbop
Encre Noire à l’Extrême by Lalique Review
Description
It is completely understandable for one to expect that the Encre Noire à l'Extrême will be a more intense version of the original based on the name alone, but in reality it is not. What is most surprising to us is that it has a more watered down flanker that is easier and perhaps even more pleasant to the nose, with the oud playing well with sandalwood and a few other woodsy accords. Sillage is milder, but so is longevity. Still, it is not a scent to guarantee compliments along the way, and requires a little more discernment on when and where to wear.
Sillage
51
Longevity
69
Reader Rating1 Vote
12
Positives
Tamer to the nose and more refined compared to the original
Oud is blended well with other listed accords
Not overwhelming compared to scents with similar profiles
Negatives
We find the vetiver to be faint and inconsistent
Not a scent everyone would appreciate
Is ideally spritzed on the way to more special occasions, not very wearable
60
Ratings
Save Big At:
Amazon, 3.3 oz, $27.30Ebay

Lalique’s Encre Noire à l’Extrême was introduced in the market in 2015 as an update to the Encre Noire, and to some extent the Encre Noire Pour Elle ann the Encre Noire Sport. It is supposed to focus more on its woodsy elements and intensify it as compared to the fragrances that came before it. The masculine creation was made possible through the direction of perfumer Nathalie Lorson. Notes for the fragrance include incense, bergamot, vetiver, patchouli, cypress and sandalwood. 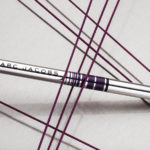 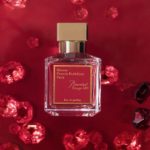