Net-a-Porter
SSENSE
Shopbop
Anaïs Anaïs by Cacharel Review
Description
Anaïs Anaïs is a fragrance that does not fail to induce nostalgia from those who lived in the 1980s. It was a popular choice among women, thanks to its very feminine, floral scent. The powdery feel also lends it an impression of freshness, especially when it is combined with delicate flowers. The musky base does not overpower the florals but gives it a more balanced scent, which is meant to last for hours.
Sillage
Longevity
Reader Rating2 Votes
Positives
Impressive staying power
Notable drydown
Perfect for all times of the year
Negatives
Lesser range than before
Cheap-looking bottle
Can lack depth for some
3.9
Ratings
Available at:
AmazonEbay

Anaïs Anaïs, which is Cacharel’s inaugural fragrance, is one that appeals to many generations. Created in 1978 by a team of perfumers—Paul Leger, Roger Pellegrino, Raymond Chaillan and Robert Gonnon—its notes are a bouquet of flowers made up of hyacinth, lily, rose, jasmine and carnation, among others. 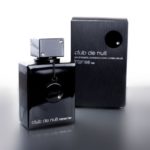 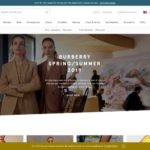