When it comes to starting businesses, the field can be uneven for women. Statistics show that more male entrepreneurs have their loans approved, and that there are some requirements that make it harder for their female counterparts to access capital. Few people know better about this struggle than designer Tory Burch, who started the Tory Burch Foundation intended specifically to help women who want to start businesses 10 years ago now. Burch believes that equal opportunities for genders should be created in working environments as well as in other spaces.

In the years since the institution’s existence, the Tory Burch Foundation has funded, mentored and networked for women entrepreneurs so that they can come out starting their very own businesses. Through the foundation’s Capital Program which was established in 2014, Tory Burch has partnered with the Bank of America and has given women an access to $46 million worth of loans so far from CFDIs or community development financial institutions to encourage them to start more businesses and expand. Five years after the program was initiated, 2,500 women were able to borrow loans that had interest rates from 8 to 10 percent. The Bank of America most recently pledged another $50 million for the program. Both companies hope that the program will have entrepreneurs who have taken loans from them be granted larger capital by banks and other financial institutions.

Burch, who has shared that CFDIs report that there is a 90 percent repayment rate from women, said that it is worth investing on businesswomen. The designer is intent on delivering its foundation’s goal of empowering entrepreneurs, which is why she is taking its other programs to the next level. Its Fellows Program, which was started in 2016, previously picked 10 businesswomen to participate in a three-day competition and had one winner granted with $100,000 in the end. Burch did not like pitting women against each other, so some changes were introduced. Instead of 10, it will now invite 50 women to go through coaching with Burch herself as well as with other exceptional mentors in a matter of four days. The Fellows Program will also be forgoing the competition, and instead grant $5,000 to each entrepreneur to further educate themselves on starting and maintaining businesses.

The foundation has also proceeded with its live events that it collectively calls Embrace Ambition Series this March, although they were targeted to be bigger than they were before.There were five gatherings hosted in five cities including New York, all of which were live streamed for the sake of those who were not able to make it. There was no charge for women who wished to attend, only a chance to see Burch, activist Lilly Ledbetter, artists Marilyn Minter and Le’Andra Leseur and foundation president Laurie Fabiano hold a dialogue before them. This, together with the aforementioned endeavors and the now resource-rich foundation website, all aim for women to have confidence when beginning their businesses through access to helpful information. 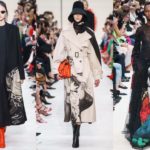 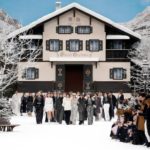