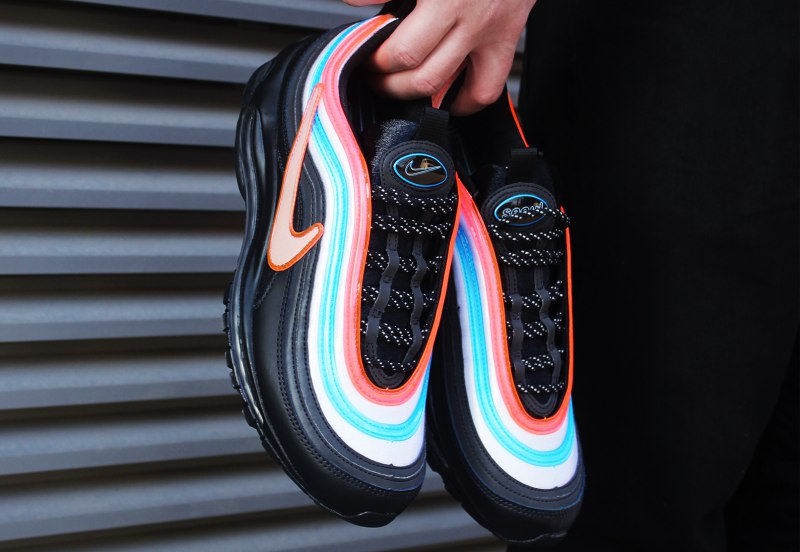 Net-a-Porter
SSENSE
Shopbop
Nike Air Max 97 ‘On Air: Neon Seoul’ Review
Description
Air Max Day celebrations saw countless of fresh and new iterations of the classic Nike silhouettes everybody loves. This year, the Nike Air Max 97 gets its new 'On Air: Neon Seoul' created by the On Air contest winner Grang Shin, who captured the city night scenes in his designed. Seoul LED logos and neon swoosh exudes the energy of the bustling metropolis, contrasting the matte-black body of the upper. This bold take on the silhouette is a truly refreshing direction, which makes us feel like there should be more neons in Nike’s shoes. However, we it retained the minimal branding, as the huge swoosh looks like a goofy logo that ruins the tasteful design.
Comfort
54
Design
63
Value for Money
53
Reader Rating2 Votes
77
Positives
Vivid piping lifts the design
Matte black body provides the proper background for detailing
Chunky midsole provides enough support and comfort
Negatives
Huge nike swoosh seems comic-like
57
Ratings
Save Big At:
GOAT - $185.00eBay - $289.99Flight Club - $300.00Stadium Goods - From 320.00

Winner of the Nike On Air contest, graphic designer Gwang Shin, took inspiration from the Taegeuk symbol on the flag of South Korea, and added in Seoul’s aura at night to the Nike Air Max 97 ‘On Air: Neon Seoul’‘s design. The combination of those two resulted to the vivid and bold detailing on the silhouette, including the captivating piping ang the neon swoosh. We’re impressed by the life added to the upper of this shoe, a fresh take on a classic silhouette that immediately got our attention. 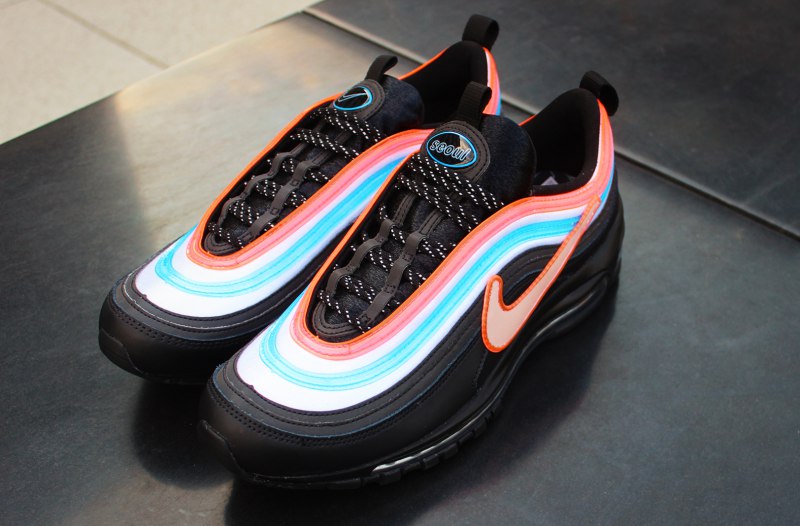 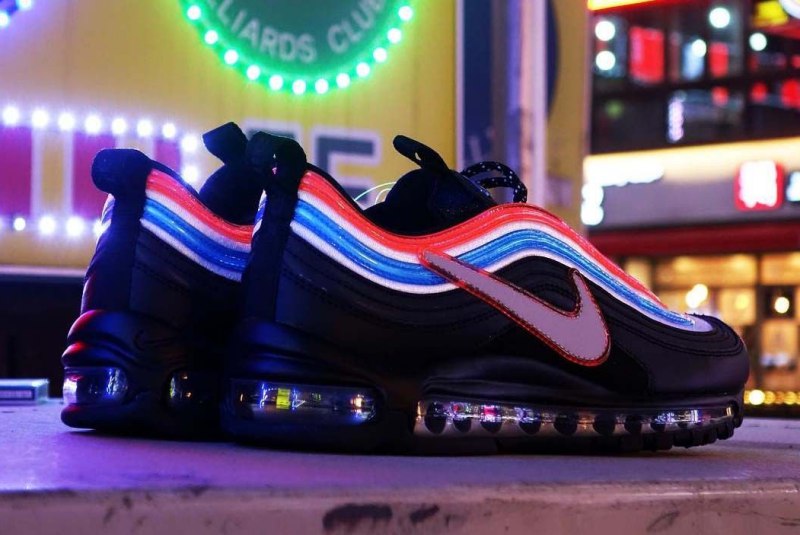 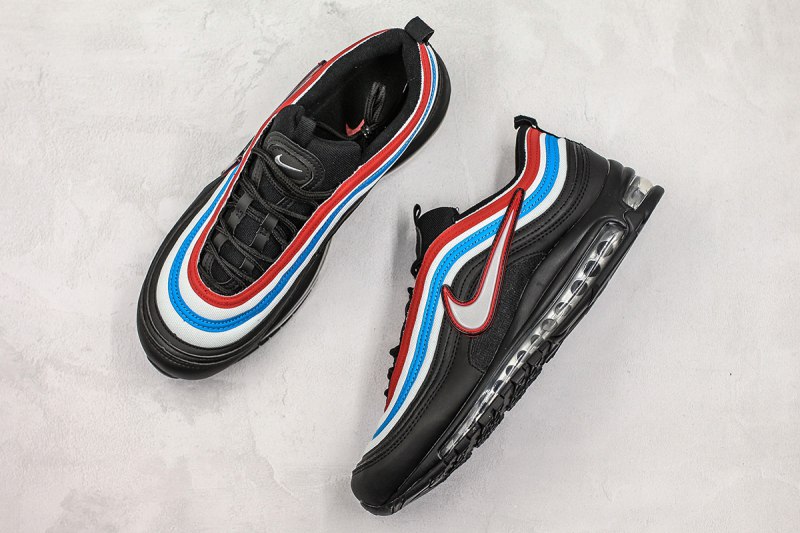 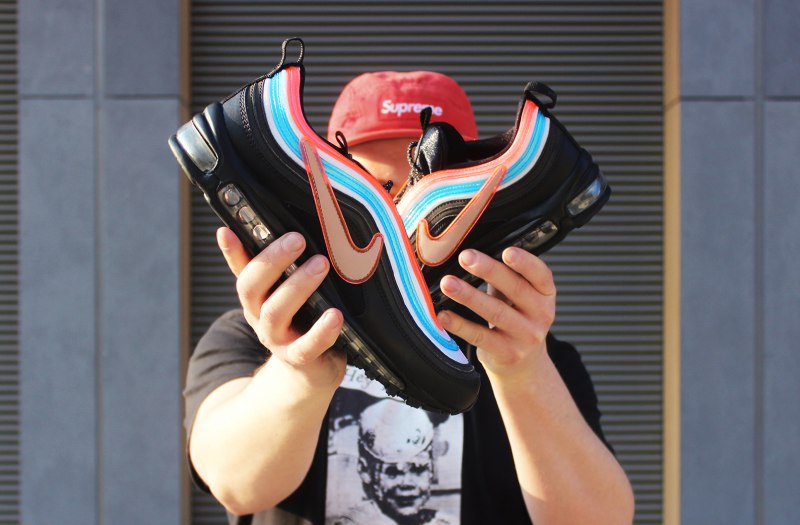 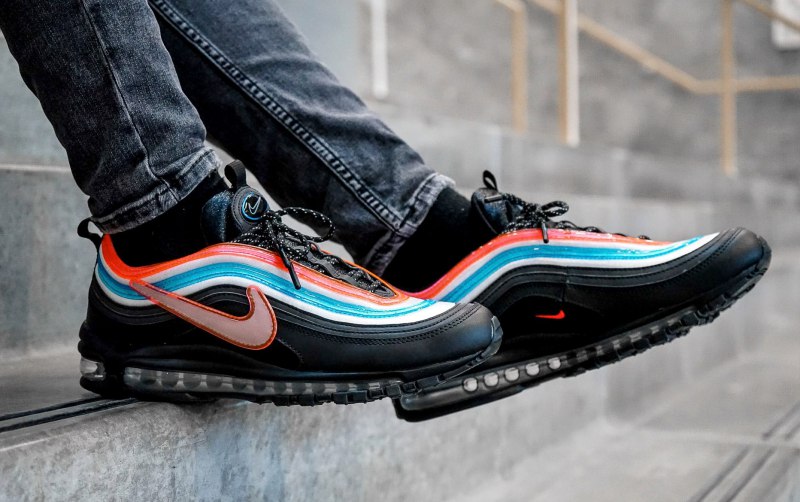 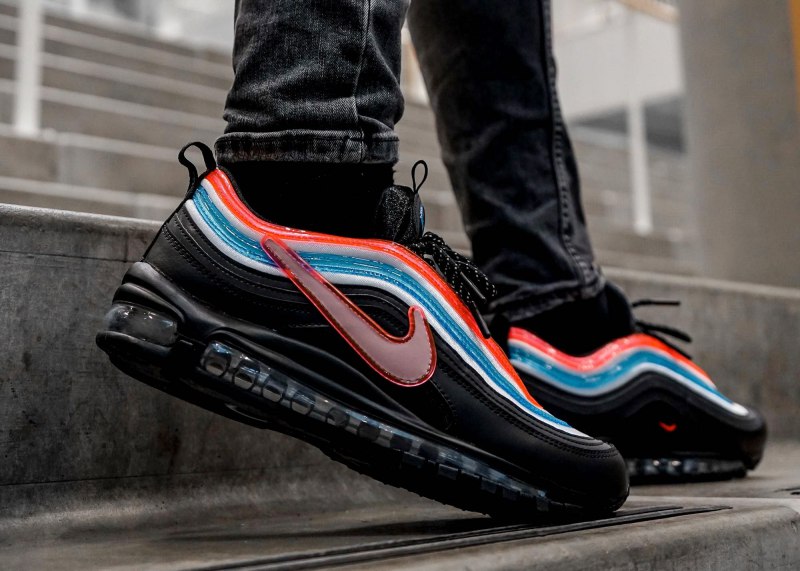 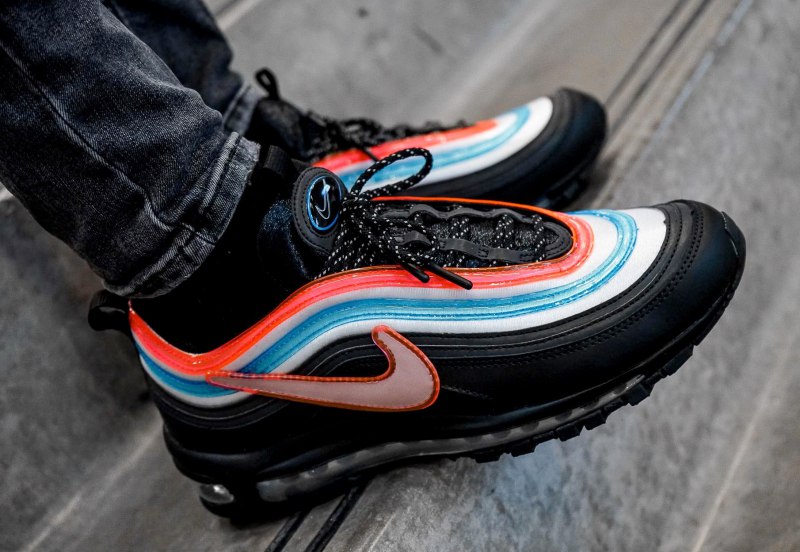 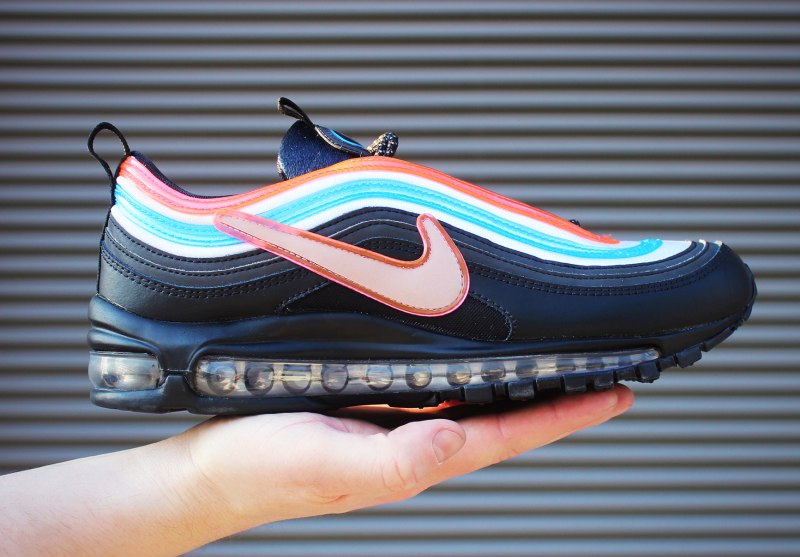 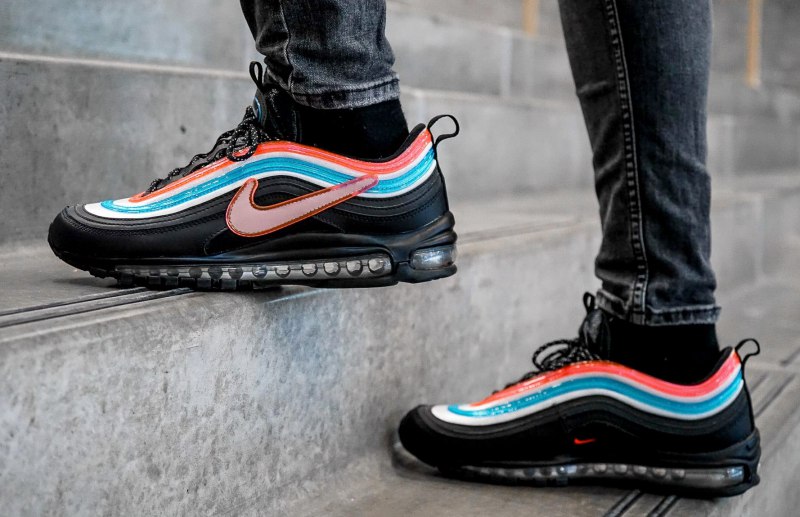 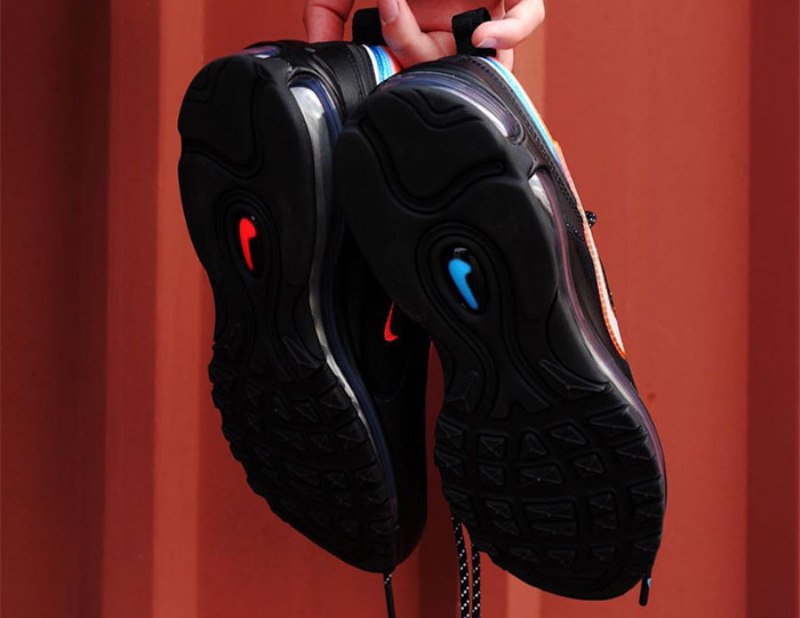 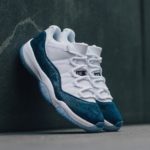 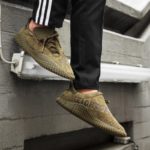