Just when you think the micro bag trend could not get any smaller, Jacquemus enters the scene to prove you wrong. The French label caught everyone’s attention during the Paris Fashion Week for its bag, the Mini Le Chiquito, with its unbelievable dimensions—it’s too small that barely anything larger than say, a Tic Tac, some coins or bobby pins, would fit inside.

In the last year since it became vogue, micro bags have earned its own share of ire just as most trends do for its impracticality. You’re left with not much choice but to take with you the smallest of your essentials (and not all of them!). But Mini Le Chiquito takes it to the next level.

During the runway show, it became easy to miss the bags unless you paid close attention to what the models were holding as they paraded the house’s latest offering for fall. The collection, dubbed as La Collectionneuse, was filled with summery dresses, mesmerizing colors of azure and green, hot pinks and yellows, and turtlenecks, among others, as it is inspired by founder Simon Porte Jacquemus’ childhood vacations in the southern part of France and of photos of his mother from decades’ past. It also had other tiny as well as really big things to feature, such as purses that would probably only be roomy for your cards and totes that you can put a weekend getaways’ worth of items, but it is the Mini Le Chiquito that takes the crown as its most talked about product.

This is not the first time that Jacquemus took its pieces to exaggerated proportions. Last year, it debuted oversized straw hats that provide enough coverage as your standard umbrella (the hat became the subject of a tiff between Jacquemus and Diet Prada). In 2017, the French brand introduced Le Saq Chiquito, a predecessor of the mini, which only measured 3 inches but caught the eye of celebrity style icons Kim K and Rihanna.


The Mini Le Chiquito is just the latest of its outrageous creations, but it won’t be out for a few months. And it would probably average at $500 apiece–Jacquemus’ current mini offerings are priced the same way. 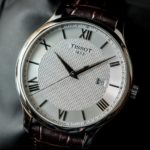 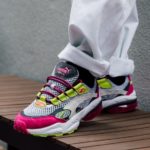