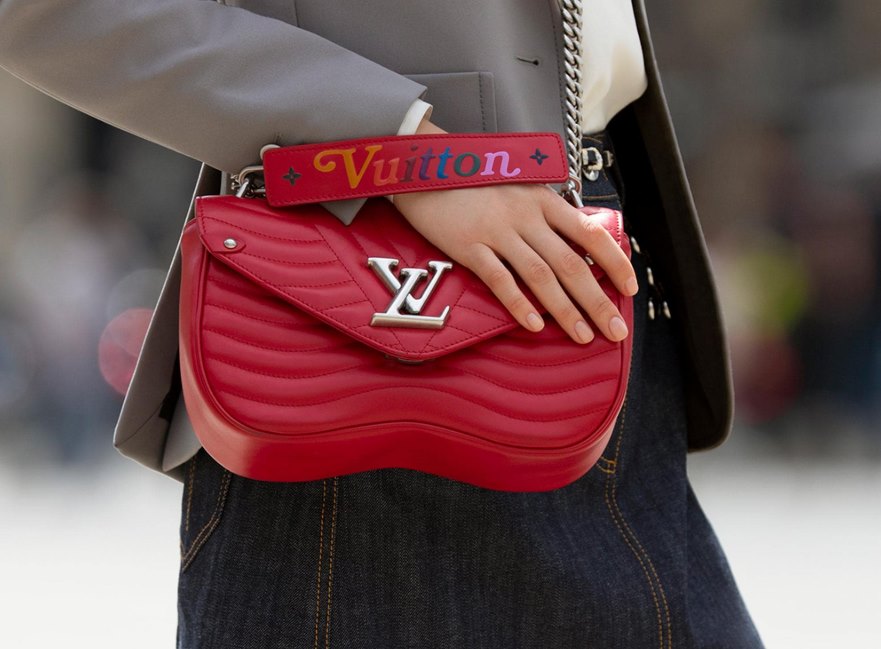 Keeping with the space age vision of creative director, Nicolas Ghesquière, the New Wave bag incorporates wavy matelessé stitching, metal hardware and rainbow embroidery. Amidst the wave motif is a series of stitched V’s, forming a futuristic art deco motif which brands the bag in a subtle but enticing way. Interestingly, the flap is also structured in a V shaped and topped with the LV logo hardware. A magnetic closure opens to a microfiber lined interior with a flap pocket.

The main attraction of the bag seems to be the handle embroidered with “Louis Vuitton” in rainbow text. A special online addition also features a handle that spells out “#LV” instead of the brand’s name. The choice of colored text has been likened to the Monogram Multicolore, the outcome of the Takashi Murakami collaboration with that was discontinued in 2015.. This particular aspect of the bag is very young and trendy, but for those who aren’t a fan or are fretful that it will no longer be in vogue in the future, not to worry, the embroidered strap is detachable.

Aside from the handle, this bag also has a metal chain strap with a padded with a leather panel at the top for added comfort.  Style this bag either on one side, cross-body, or double it up for the shorter shoulder bag look.

As lovely as the new accessory is, the geometric stitching and chain straps are very similar to that of the Gucci Marmont bag, which was introduced just a little earlier. If not for the LV branding, the New Wave collection could’ve easily be mistaken as a new addition to the Gucci accessory line.

What does set the two styles apart though is the curvy bottomed structure of the New Wave bag. But because of the stiffness of the structure, it doesn’t allow much storage.

This bag comes in two sizes the MM and a smaller version called the PM. But if you’re in need even more storage, there is also a New Wave tote that is constructed with the same quilting and embroidered straps but made into the style a shopping tote. 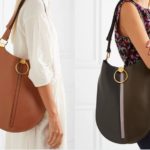 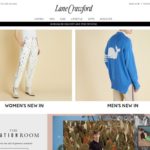