We are still some days away from the conclusion of the Fashion Month, but we’ve already gathered the trends of the recent New York Fashion Week to give an idea of what we’ll see come autumn and winter. The list is not entirely new, with other items just a continuation of styles topping previous seasons. However, the entire week still was an interesting show of extremes, from the understated to the full-on glamour, and dark and elegant to the colorful and the lively. Without further ado, here are some of the trends that have emerged from the American fashion capital, predicted to take over six months from now:

Designers who presented in New York have just predicted the color to dominate this year’s colder seasons: purple. Often associated with royalty, the color makes for a great companion or even a complete alternative to the oft preferred black. The New York runways were witness to the different ways purple was executed: light to dark, and on outerwear, blouses, accessories and full-on gowns.

Leather in colors other than neutrals

While leather in black and brown will never be out of style, 2019 will pave way for more colorful options, and not shy ones at that, too. There were leather ensembles from head to toe, suits that come in luxe colors such as the catwalk favorite purple, and accessories that provide some needed edge. It will be among this year’s antidotes to the drab that fall and winter bring.

In the past months, we’ve seen the curious rise of fleece to high fashion. Now, it’s officially one of the most noticeable takeaways from the New York Fashion Week. The fleece gradually shredded its reliable but kinda bland image, thanks to designers incorporating animal prints and rich, vibrant colors. Fleece for 2019 is definitely not boring.

When we mentioned other trends sticking through the seasons, we had the patchwork particularly in mind. New York was persistent in giving its own spin, by taking it both to the present to fit the modern man and woman, and to the past for something more nostalgic. There’s nothing ordinary about the creations, regardless of the images you have for patchwork. The choices in colors were bolder too, although the appeal of neutrals is not lost with this trend.

The growing pressure for fashion to be sustainable has partly led to designer labels swearing off fur in the past year. Feathers seem to be taking their place, and it’s not in any way subtle. There is something for everyone here, from the vivid display of colors to the dark and the romantic—the return of Christy Turlington to the catwalk had her clad in elegant, big, black feathers. In some ensembles, models did not have to be in feather all the way through for the piece to garner some attention.

No slowing down for tie dye

Here’s another trend that seems to be far from exiting the runway: tie dye. Making the trends list countless times in the past seasons, the print has only grown to become more refined in time. It can be easy to assume that this is to break the association of tie dye to summer. Regardless, it will give an interesting look come fall and winter, and in all shades and hues.

Bare the clavicles with asymmetrical necklines

Remember the exaggerated off-shoulder trend of seasons’ past? Well, this time around, we have designers being playful with necklines, with the common denominator only perhaps the slight to full display of the collar bones. Expect to see slouchy construction, which, despite the adjective, lends the wearer an effortless elegance. 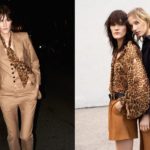 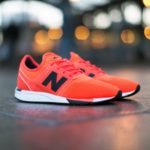