It was not too long ago when Hedi Slimane was openly roasted by fashion editors for his inaugural collection over at Celine. Besides removing the accent from the house logo and scrapping off content from the brand’s social media accounts, Slimane made a 180-degree turn from the minimalism of former creative director Phoebe Philo. The collection we’ve seen is on brand for Slimane who has embraced the edgy, rocker style he has popularized, leading many to call it a continuation of his work from Saint Laurent. Celine fans, especially that of Philo’s creations, had to to turn to nostalgia and be on the lookout for other designers who could deliver the similar effortless sophistication of the pieces many women attest they would actually prefer to wear.

There was not much hope that the aesthetic of Slimane-era Celine would change. The designer, who was very much aware of the criticisms thrown at him, shot back and defended his choice to overhaul. His creations seemed to be beloved by celebrities such as Lady Gaga and Dakota Johnson, so it was presumed that Slimane would be more adamant in using the brand’s platform for his vision. And so, when time came for the fashion month presenting Fall 2019 collections, expectations for the house were pretty much similar to what we’ve seen earlier in September. Everyone became surprised, some pleasantly, then, at the change they came to see on the most recent Celine catwalk.

No, it was not a return to Philo-era Celine. What was paraded on the catwalk was Celine, but it was an acknowledgment of the history that came even before Philo was the creative head for the house. Slimane went through the brand’s archives which is why the pieces look as if they are taken directly from the 1970s. This time though, they have a touch of rocker chic but without becoming overwhelming and dark.

The fashion show was quite a presentation. After all, this is Slimane, who has a reputation for being a showman and for having an affinity for the dramatic. It began with a Celine woman suspended up high within a box, who only had the the freedom to move once it reached the floor. The box was on everyone’s sight for the entirety for the show, and models had to walk underneath it. And they did so while they sparkled with sequins, which decorated capes, blazers, shorts and skirts among others.

This season, the bourgeoisie is vogue. It is especially so on the Celine runway, which came with elevated versions of the leather jacket and spectacles. It felt familiar but at the same fresh, and without resorting to skin-tight constructions that was a characteristic of previous Slimane pieces. It was feminine and grown-up, understated yet elegant.

Whether this translates to the profits that LVMH has been expecting Slimane to bring in to Celine is yet to be seen in some months’ time. Bernard Arnault, chairman and CEO of LVMH, said that with Slimane at its helm, he expects Celine to double or even triple revenue in five years. We are not sure how Slimane will move forward with Celine and how the reviews will influence his decision in the future either. What we’re sure of is that the recent collection is a pleasant surprise, and that we hope to have more of this feeling in succeeding collections. 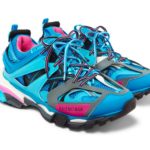 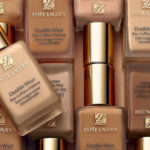