Prada is taking a step forward in addressing issues on diversity that have been highlighted in December last year. Earlier this week, the Italian fashion house announced that it will be launching a Diversity and Inclusion Council that will be chaired by two people of color who are both notable in their respective fields: Ava DuVernay and Theaster Gates. DuVernay is the director behind critically acclaimed films such as Middle of Nowhere and Selma while Gates is an artist-slash-professor at the University of Chicago. Both have already begun projects to raise awareness on the concerns minorities have prior to signing up for the new Prada council, and they will be working closely with the maison to create a more transparent platform where voices of color in the brand will be heard better.

The move comes after the Prada was widely criticized for its holiday Pradamalia line, which includes a monkey-like mascot many took to resemble Little Black Sambo. Lawyer Chinyere Ezie, fresh from a visit to the Smithsonian National Museum of African American History and Culture, spotted the offensive pieces while passing by Prada’s Soho store and promptly posted what she found on her social media accounts. Condemnation on the charms quickly reached Prada, which in turn pulled the products from its boutiques and apologized for them in its official statement. The newly founded council is Prada acting on its promise to keep things that signify lack of sensitivity and diversity within the company from happening.

In an official statement, Miuccia Prada said that the brand “is committed to cultivating, recruiting and retaining diverse talent to contribute to all departments of the company.” By having a council that prioritizes the aforementioned goals, Prada also hopes that it will contribute to the industry moving forward.

Prada has specifically chosen both DuVernay and Gates, who have already collaborated with the brand in the past. But it intends to do more than just have two people of color be the face for its Diversity and Inclusion Council. In the future, Prada aims to partner with universities and institutions and launch programs specifically to attract more people of color to be involved in fashion. Part of the programs will be internship opportunities, scholarships as well as training, and they will not be exclusive to the United States.

Of the collaboration, Gates has expressed his eagerness and delight, “My work amplifies the voices that have been absent from broad cultural conversations, and I am happy to partner with Prada to advise on processes that will make the company and industry more reflective of the world today.”

Prada is not the only one to make changes. Prior to their announcement, fellow Italian fashion house Gucci also launched a similar group that will create internship programs as a step towards a more diverse and inclusive company. Gucci recently had its own share of accusations of racism after a balaclava knit jumper from a recent collection was called out for being similar to blackface. Harlem staple and American fashion designer Dapper Dan, who has collaborated with Gucci in the past, called for accountability from the brand. 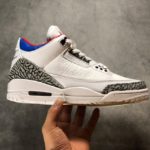 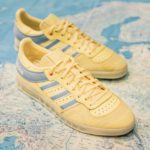