London is an ideal host for a Dior exhibition for good reasons: the British city is a major fashion capital and the Big Smoke is home to many venues that could serve as a temporary dwelling to Dior couture. But the most compelling, and perhaps the closest to the heart of the house, would be Christian Dior being a big Anglophile when he was still around—England was one of his great loves, and was just behind his own country, France. It comes as no surprise that the latest installation of the maison, Dior: Designer of Dreams, is right in the British capital, in its Victoria & Albert Museum. It is also the biggest display for the museum since 2015 and the collection rivals the earlier Dior exhibition set in Paris.

The display at the V&A museum is an extensive one, covering at least seven decades of Dior’s history, beginning in the late 1940s. There are supposedly 200 haute couture pieces, which are undoubtedly the event’s biggest draw, and more than 500 articles that allow a visitor to understand more of the brand’s roots and eventual international recognition. There are accessories, beauty products, magazine clippings and photography distributed to the exhibit’s 11 sections that help form the image of Dior not only under the direction of its founder but also of the creative directors who assumed the position, the reoccurring themes, and the very fascinating behind-the-scenes work.

Even though Dior: Designer of Dreams is largely inspired by the Paris exhibition Couturier du Rêve, the London counterpart is still worth visiting not just for the mere number of items that edges out the French display. It also emphasizes the relationship that the couturier had with the British through the no-nonsense titled section, Dior in Britain. While there are plenty to see with creations for the British elite alone, one gown takes the attention of the rest because of the population’s interest in royalty. The garb in question is the gown—made elegant by its size and tulle—the founding creator did for Princess Margaret, sister of the current queen. Princess Margaret wore the gown during her 21st birthday. Visitors can see the Cecil Beaton portrait that has the princess wearing the dress as well as the actual piece, which was loaned by the Museum of London to the V&A.

One can also expect iconic creations by the creative directors who took the place of Christian Dior after the founder passed away. The house may bear his name but a large portion of its history is without him given his untimely death only a decade after establishing his own maison. There are works by Yves Saint Laurent, Gianfranco Ferré, John Galliano, Marc Bohan, Raf Simons and even current Creative Director Maria Grazia Chiuri on display, all of which take the Dior style code in different directions. And then are also tinier artifacts that give an idea on how the house has changed (or remained the same) through the years.

Dior: Designer of Dreams is a sweet escape from current trends that pervade the streets by showing the intricacies of haute couture. There is enough time for anyone who would want to see the exquisite pieces labored with love with their own eyes—the exhibition will last from February 2 until July 14, 2019.

“You can enjoy the beauty, but you can also reflect on time, and how fashion reflects time and women and the cultural moment. Like a fashion show, it’s not only about the clothes,” #MariaGraziaChiuri observes of the ‘Christian Dior: Designer of Dreams’ exhibition. Enjoying pride of place, this magnificent fan-inspired ball gown was made specially for the version of the Spring-Summer 2018 Haute Couture show that traveled to Shanghai. The ‘Christian Dior’ signature embroidered on it is from a fan coincidentally held in the V&A’s permanent collection! With the exhibition sending everyone’s heart aflutter, don’t forget to share your thoughts once you’ve visited! #DiorDesignerofDreams © @AdrienDirand 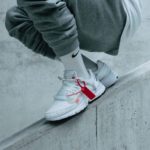 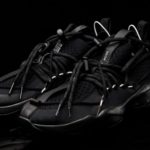