The industry lost a great icon when Azzedine Alaïa passed away in 2017. Rightfully called the King of Cling, he has made an impact that would be difficult to erase for his understanding of the female form, knowing how to complement it with fabrics, and leaving behind creations that are bound to age well. Paris, the city that has been home to him for several decades, has decided to honor the couturier a little over a year since his death. At 18 rue de la Verrerie, Paris has unveiled a commemorative plaque to celebrate the designer’s legacy.

Alaïa’s atelier and home at 18 rue de la Verrerie was once again visited by close friends and key persons in the industry after the city mayor, Anne Hidalgo, and her council have honored the couturier with a plaque. The destination has seen Alaïa not only host dinner parties for many times in the Tunisian-born designer’s life, but also work on his most memorable creations for his notable clientele. The ceremony has been heartwarming especially to the designer’s life partner Christoph von Weyhe, who has founded the Azzedine Alaïa Association and Maison Alaïa. Supermodel Naomi Campbell, who shared a very close relationship with the designer to the point of fondly calling him Papa, was also present in the event.

The plaque is not the only reason to drop by. Currently, the once-atelier is also hosting an exhibition of Alaïa’s works and that of a designer that has been one of his early inspirations: American costume designer Gilbert Adrian. Called “Adrian and Alaïa: The Art of Tailoring”, the exhibit showcases Alaïa’s collection of Adrian’s garbs, especially his tailored jackets that possess broad shoulders and nipped waists, which give a feeling of familiarity to anyone who has been a fan of the Tunisian couturier. Relatively unknown in Paris, Adrian has worked with the ladies of Hollywood’s Golden Age, such as Joan Crawford, Katharine Hepburn, and Greta Garbo. Despite starting decades apart, both designers had the reclusive Garbo as their client.

“Azzedine Alaïa collectionneur”. The first exhibition dedicated to Azzedine Alaïa lifetime passion, collecting masters of fashion, art, design. Opening to the public at 18 Rue de la Verrerie in Paris @associationazzedinealaia on January 21st, the parallel exhibition “Adrian and Alaïa, the art of tailoring” will run to June 2019. Under the direction of Olivier Saillard the exhibition highlights the construction of the jacket. Gilbert Adrian was a designer in great esteem by Azzedine Alaïa who collected over the years the most extensive collection of Adrian’s suits. @azzedinealaiaofficial #azzedinealaia #alaia #maisonalaia #gilbertadrian @oliviersaillard christophvonweyhe

The retrospective came together through highly esteemed curator Olivier Saillard and Italian editor Carla Sozzani’s efforts. Going through Alaïa’s collection, they noticed similarities between him and Adrian’s tailoring. Alaïa was a largely inspired by the Hollywood legend, which is not a big secret. As the story goes, Adrian’s son Robin once sought out Alaïa if he would be interested to keep his father-slash-prolific couturier’s designs, which is how Alaïa ended up with 150 of Adrian’s creations.

Besides perusing the designers’ designs, visitors could also find some of their style philosophies displayed at the exhibition, and even clips of them and their garbs at work. The films The Women, starring Joan Crawford, Norma Shearer, and Rosalind Russell, and A View to Kill, which had Grace Jones fully clothed in Alaïa, are playing inside the gallery. There’s still plenty of time to visit and take the fashion gems all in—the exhibition will run from January 21 until June. 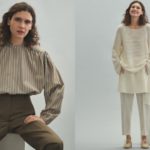 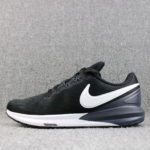