Net-a-Porter
SSENSE
Shopbop
NBA x Nike SB Janoski “Lakers” and “Knicks” Review
Description
Celebrating two of the most storied franchise in the NBA, Los Angeles Lakers and The New York Knicks, Nike and NBA collaborated and came up with these two SB Janoskis. Both have black leather uppers, but have accents that matches the respective teams’ jersey colors. For the Knicks pair, the orange hue is seen on the liner, outsole, tongue branding, and of course, the Swoosh. The Lakers pair, on the other hand, have a bright yellow insole and purple detailing. With the team spirit that comes with these shoes, fans can’t help but grab themselves a pair or two.
Comfort
Design
Value for Money
Reader Rating0 Votes
Positives
Negatives
4.3
Ratings
Available at:
eBay - From US$84.99GOAT - From US$130.00

The NBA x Nike SB Janoski “Lakers” and “Knicks” comes after a series of models which have uppers that are expected to wear over time, to show off a second layer with different color accents. For this dual release, expect each team’s jersey color to appear on the second layer of the upper. 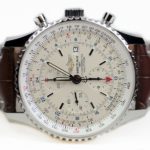