Christian Louboutin is no stranger to fighting for its famous red soles, as well as winning the favor of the court. This month, the French brand saw another victory in The Hague—the European court decided that the distinct feature is within the exclusive rights of Christian Louboutin.

The decision was the conclusion of a longstanding dispute. Dutch shoe brand VanHaren has stood its ground since 2012 when Christian Louboutin first sued them for painting the soles of the shoes red from their then new collection “Fifth Avenue by Halle Berry.” The French luxury brand made a case that by doing so, VanHaren is profiting off of the trademark and is making customers confused. Moreover, the red soles were already registered years before in the Benelux, where the Netherlands is a member.

The Hague decided in favor of Christian Louboutin since the beginning, and ordered the Dutch brand to stop the creation and selling of its shoes that have the similar, striking red soles. The court also had VanHaren pay as a consequence. But VanHaren did not give up easily, choosing instead to take the case to the Court of Justice of the European Union (CJEU). It was with the CJEU that the validity of the trademark was questioned further, and whether it refers to just the color, or if it indeed a color specific to Louboutin. The shape of the soles also became a concern—EU law prevents common shapes for shoes and soles to be registered as a trademark, and VanHaren tried to argue that the same should be applied for colors.

VanHaren did not have much luck there too—eventually, the CJEU ruled that the trademark in Benelux only referred to the rouge specifically on the soles, and that shapes have no part in it. The exclusivity of the color is still something that can be contested, but CJEU left the matter to the hands of The Hague, which then gave both parties its latest ruling.

The panel from The Hague passed its judgment that VanHaren did infringe the Benelux trademark. Consequently, it will have to pay damages to the French luxury brand, an amount which is yet to be determined, cease the use of the red soles, provide pertinent information such as the volume and profit from the red-soles shoes, and destroy the heels that are still in existence.

Christian Louboutin is, understandably, delighted by the judgment. According to its released statement, the decision only validates the trademark wins it had in other countries, and solidifies the significance of its famous soles. Meanwhile, VanHaren is still contemplating on what its next step should be.

The red soles came to be almost more than two decades ago after Louboutin found himself unsatisfied with his lackluster shoes. He took a red nail polish from an employee and tried it on the shoes he has just made, or so the story goes. With things clicking, the brand eventually had it first registered in 1993. Since then, shoes from the company have been among the easily recognizable, with many desiring to own some of the red-bottomed heels. It also spawned duplicates, with some leading to legal battles: Louboutin won against Yves Saint Laurent and in Australia, Russia and China, while losing to Zara and in Switzerland. 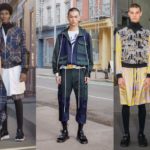 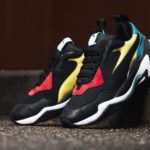