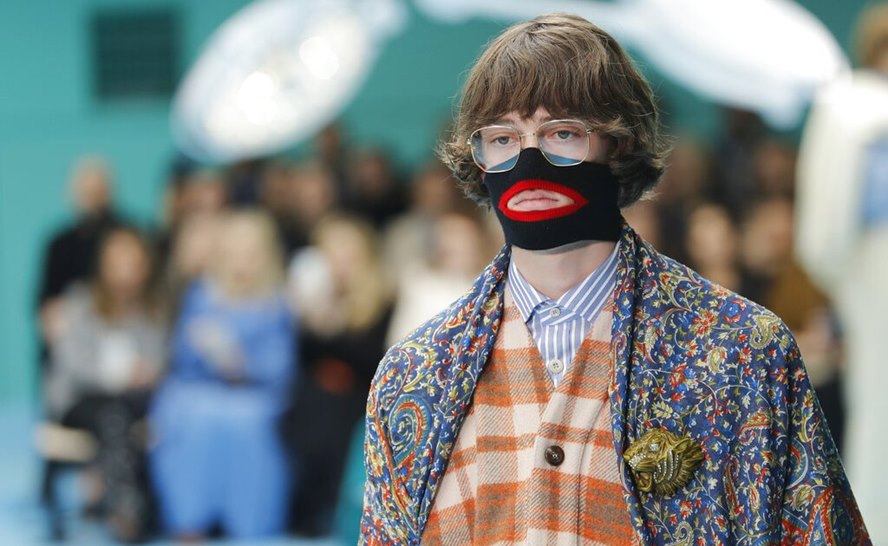 The industry may have made progressive strides by striving to be become more sustainable and inclusive, but recent news prove there is still so much to learn. Gucci, for one, has made headlines for swearing off fur and hiring more black models for its campaigns (in one from 2017, an all-black cast was featured to celebrate soul music, a genre deeply rooted in the African American community). It is, however, the latest high end label to be accused of racism—a garment from a recent collection is said to resemble blackface. The offending piece is a black knitted sweater with a neck that could be pulled all the way up to one’s mouth. There is a hole where the lips should be, and Gucci made the choice to have it appear as as if it is one large, red mouth. The balaclava-like sweater, which retails for $890, is part of the Italian house’s FW18 collection, and is said to have been inspired by vintage ski masks. A little browsing reveals that there is also a hat that can match the sweater, which when worn together, would complete the blackface. That is just what a Twitter user did that led to the discovery of the problematic garment. “Balaclava knit top by Gucci. Happy Black History Month y’all,” Rashida Renee said on a tweet, together with photos of a model wearing the sweater in question. The post, which currently garnered more than 8,000 retweets and 18,000 likes, had many from the Twitterverse react negatively on the piece and the choice to use black and red as colors for the balaclava jumper. Meanwhile, there were others who thought little of the matter and found the backlash to be a reach.

As is with the current age where almost everyone is online, feedback on the controversial article quickly reached Gucci. On their part, the luxury brand acknowledged the problem on a post in the same social media platform, and said that it has already pulled out the wool balaclava both online and on physical boutiques. The label also recognized that it is partly a problem stemming from the lack of diversity in the company, and swore to become more inclusive now that a learning moment has presented itself. The industry is still fresh off of a racism accusations against major fashion players. In December, Prada was called out for a particular keychain in its Pradamalia line which looked like Sambo, an offensive caricature from the late 1800s. Last month, Balmain made the questionable move on the runway by using darker makeup on black models. In the United States, where certain government officials were revealed to have used blackface in the past, there is a bigger conversation on racism: discussions have been raised regarding the offensiveness of such practice as well as the racism that is thought to still be prevalent in the nation.

How does this keep happening with supposedly ‘luxury’ brands? No-one at Gucci clocked the similarity between the racist imagery of their $890 blackface jumper and Prada’s keychain – the latter of which was pulled from stores less than two months ago? Or do they just not care? pic.twitter.com/pNxTbuJeXV 
Gucci deeply apologizes for the offense caused by the wool balaclava jumper.
We consider diversity to be a fundamental value to be fully upheld, respected, and at the forefront of every decision we make.
Full statement below. pic.twitter.com/P2iXL9uOhs 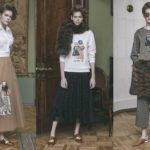 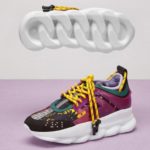