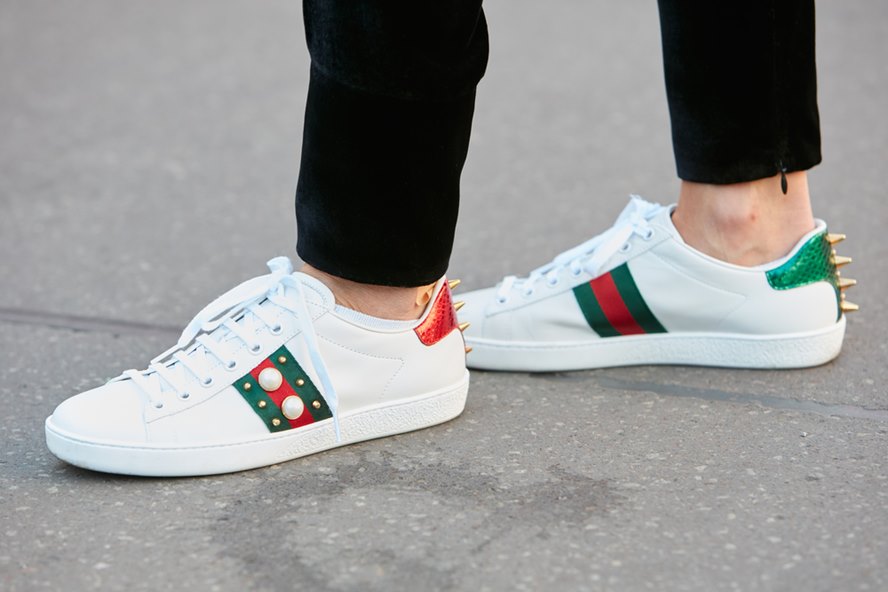 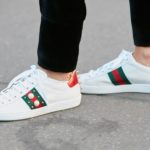 Gucci Aces Sneakers Review
Description
In a sea of white sneakers, the Gucci Aces stand out for their top quality materials, clean style, and branding that make them unmistakable icons of luxury. They are both versatile and comfortable, resulting in a pair almost everyone couldn’t wait to get their hands on. The catch however, comes in terms of pricing—the shoes are priced similarly to other footwear from the Italian brand.
Comfort
Design
Value for Money
Reader Rating3 Votes
Positives
Negatives
3.9
Ratings
Available at:
Net-a-PorterNordstromNeiman MarcusFarfetchHarrods

There was a time when sports- and streetwear were territories largely untouched by luxury brands, and when going out in what were considered gym clothes was a fashion faux pas. That time is of the past, as comfortable and versatile are currently considered vogue. Sneakers, for one, have seen a boom beyond a few sneakerheads. While footwear brands like Nike and Adidas remain at the top, luxury brands have also dipped their toes into designing kicks. Very few, however, have been as visible as Gucci’s Aces.

Gucci Aces come in different forms, but certain elements remain to make them distinguishable from the rest. House emblems, such as the bee and the snake, adorn the exterior and double as statement pieces. The brand’s web stripes are also very prominent. But perhaps the most noticeable is the quality only observed in Italian shoes. The kicks that marry high fashion with streetwear come with an asking price befitting of a Gucci item, yet remain in great demand.

White sneakers have been trendy for some time now, but the Gucci Aces stand out even in a market full of choices for their neat, luxurious appearance as well as premium craftsmanship. The kicks are not unlike other footwear in the Gucci catalog, manufactured in Italy and made in top quality Italian leather. The sleek silhouette of the Aces undoubtedly make for versatile kicks that would grab attention almost anywhere you take them. This is due in part to the assorted Aces available, decorated with different appliqués that are incorporated smoothly into the all familiar construction. If you want to take it up a notch, Gucci even allows for personalization, say, putting your initials on the shoes. Form isn’t the only requirement Gucci checks off in its Aces; the sneakers also provide comfort instead of sacrificing it for style. The premium and supple leather uppers are especially noted, as well as the kicks being true to size.

The Aces coming with a Gucci label inevitably makes it pricier than most options, and there are plenty of good alternatives from longtime and trusted sportswear manufacturers that might be more suited to your budget for footwear. It has also been noted that while the leather is premium, the laces are substandard, prompting owners to buy new ones even after donning the Aces just a few times.