It seems that consistently decreasing viewer ratings of the Victoria’s Secret Fashion Show isn’t the only thing suffering for Victoria’s Secret. The brand famed for putting its models with angel wings has also seen a decline in sales, as disclosed by the company in presenting its earnings for the last quarter, prompting its higher ups to decide that 53 of its stores scattered across the United States and Canada should be closed this year.

The number of stores to be shut down is more than double of what we’ve seen before. In the past, Victoria’s Secret has averaged at 15 closures annually, but this year’s news will end up cutting 3 percent of its square footage in the region. It will not be the case for all for other brands under the lingerie line’s parent company, L Brands, however, which is further magnifying its problem. Bath & Body Works is going the opposite direction as it is reportedly doing well and will see increased presence in the US.

Sales for Victoria’s Secret had a cut down to 3%, with physical stores accounting for most of that loss. Its brand marketed for younger consumers, Victoria’s Secret PINK, had similar results. The numbers are depressing for the company, especially when considering that the results are for the holiday season during which sales are usually at its peak, and that purchases did not improve even after offering discounts.

This could be attributed to a number of reasons, but its current repute isn’t helping its situation. The criticisms against it are not entirely new, but recent months have emphasized its unwillingness to change despite the shift in consumers’ demands and the rise of alternative and more inclusive options, such as Savage x Fenty, ThirdLove and Aerie. L Brands CMO Ed Razek’s statements last year about its annual fashion show’s reluctance to hire trans as well as larger models have sparked unfavorable sentiments from the lingerie-buying population against the brand. Although Victoria’s Secret continues to have the largest share of sales in lingerie, its inability to connect with and be relevant to consumers can make it easier for other lingerie lines to catch up in numbers.

The effects of the changes it introduced during its tough quarter is yet to be felt. John Mehas took over Jan Singer as CEO of Victoria’s Secret after the latter resigned from her two-year stint. In the month since his new appointment, Mehas has looked for partners among luxury labels to create comparably high end underwear and has announced that it will bring back its swimwear line after discontinuing it in 2016. Its online shop has also not suffered as much loss as its brick and mortar stores, and profits are projected to rise in succeeding months. 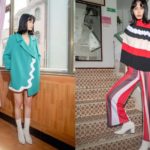 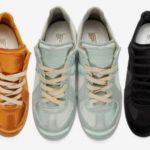