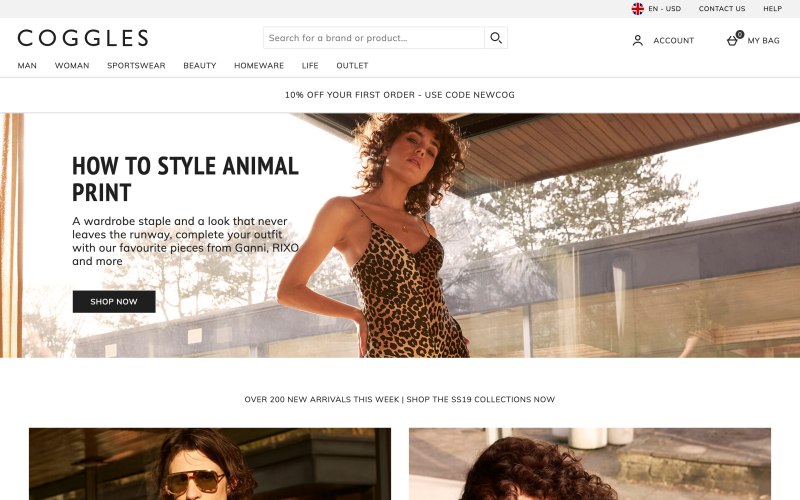 Net-a-Porter
SSENSE
Shopbop
Coggles 2019 Review
Description
Coggles prides itself with an international customer base that enjoys its premium collection of fashion items from well-known designers and rarely found labels. It offers more than 200 collections for men and women in its simple but elegant website. A LIFE section on the site also shows the latest scoops in Art, Photography and Music, as well as Home and Fashion.
Products' Positive Reviews
Customer Service and Support
Range of Products
Shipping Options
Reader Rating1 Vote
Positives
They offer a lot of fashion options for men, women, and home
The website also has a “Life” section that offered more than just fashion
Negatives
Customer support hasn’t been reliable to many customers; a lot of negative comments about responsiveness
3
Ratings
Visit:
Coggles

Inside the simple and straightforward website of Coggles are the different types of fashion it makes available for every fashionista around the world. For easier viewing and browsing, the items are divided into these categories: man, woman, sportswear, beauty, and home. What’s amazing is that more suggestions inside each category is provided by the website, with their “In Focus” subcategory.

The “Outlet” section in the website shows the pieces that Coggles has in their outlet stores, while the “Life” section opens into the newest updates in Fashion, Art, and Culture. With these sections, it makes Coggles more than just a mere shopping site, but a Fashion, Style, and Culture haven as well.

For its customers spending over  £50, the website offers free UK and European delivery, while for their other customers in other parts of the world, it’s easy to check the shipping fees they would incur through the website. While these offers, as well as the items of Coggles impressed a lot of fashion-lovers, their customer support hasn’t gotten a lot of good reviews as they were reported to have been unresponsive to some shoppers.

How to use Coggles Promo Codes

It’s difficult, and certainly unfair, to dismiss Coggles as a mere luxury shop. Beyond the items that will make you want to do a shopping spree, it also offers a taste of a desirable lifestyle, that of a relaxed but a well-rounded life. At Coggles, you’re given the opportunity to make the change and enrich your life with high fashion and appreciation for the arts—music, literature and photography, among others. With the items it carries, you can make your home and personal style as enviable as those featured in high living magazines.

A name based on a betrayal

Among the things that set Coggles apart is the origin of its name. Compared to other stores named after people, Coggles was not taken from the founders of the store. Sarah Coggles had a rather bad history with the founding mother of the retailer, Victoria Bage. Bage found her husband in flagrante delicto with his secretary who happened to be—yes, you guessed it—Sarah Coggles.

We all know how the quote goes: “Hell hath no fury like a woman scorned.” Bage promptly left and divorced her husband, founded a fashion store in 1974, and used the name of his mistress to always remind him of his infidelity. But instead of channeling her anger to destroying the lives of those who betrayed her trust, she turned it around and instead put the fury into her business, which resulted in a name that’s easily recognizable as among the top in the UK. Although, even if the now successful store is named after her, we doubt that the actual Sarah Coggles is proud considering that the story behind the name is not a secret.

A place for shopping and chilling The retailer’s name may have juicy origins, but it does not play that much a part in the success it has achieved. Bage, a character already introduced, started the company in 1974 by building a flagship store in York. It had a rather chill start, being a destination in the UK where customers can shop for the latest threads, play music, and relax while served with coffee.  Later on, Victoria Bage’s son Mark took over, making changes that are more familiar to the Coggles we know now. By the 2000s, it was also Mark who was responsible for bringing his mother’s endeavor online.

The e-commerce company The Hut Group became part of its story when Coggles entered administration in 2013. The former took over the online business, and the company decided to operate online completely, after closing the flagship store in York. Without a brick and mortar store, Coggles could only be reached physically through The Hut Group’s headquarters in Cheshire. The company, now with stocks of apparel, accessories and footwear from over 400 luxury brands, decided to open its actual doors once more four years later, this time in Cheshire instead of York.

It was more than 10 years ago now when Mark Bage launched a website for Coggles. Started in 2006, the website was able to reflect the classiness of its then York flagship store and offer the very items customers went to see, including fashion articles, bikes, home furnishings and more. You’ll find familiar labels as well as new ones to love, from A.P.C. to Y3, Alexander Wang to Zimmerman, Aesop to SHOW Beauty, and Anya Hindmarch to Umbra, but then again, Coggles is more than just an online shop.

Customers reveled in the curated feel of the stores that showed a love for design, music, books and travel. The simple but elegant site’s best feature is also the closest to this experience—the Life section, which features editorial pieces on art, culture and fashion. If you need a break in shopping and want to indulge yourself with details of luxurious living, such as the top interior designers or places with the best artisanal food, this is where you go to.

Moving into a new home Coggles has completely bid goodbye to its old place in York, but it is moving forward with a successful website, and now, a new Cheshire home. In December 2017, Coggles moved into a new space that was once occupied by a local NatWest bank in Alderley Edge. The building is a ghost of its former self, as the Coggles store now featured intentional mixtures of wood, raw concrete and marble. The old vaults became sections where footwear and accessories are displayed.

During the opening of the store, Coggles selection were items specifically selected by customers, which included Isabel Marant, ACNE Studios, Tom Dixon and Christopher Kane, among others. It also introduced a VIP service, a door to door drop off service and an executive fitting room, all for its customers who share the same love for the good things in life.

Coggles sees the move as establishing its place in the world of luxury brand retailers. Its location in Alderley Edge was chosen for reasons beyond its proximity to The Hut Group headquarters. The spot was also a prime location in Cheshire, home to many high end spots in the county. Loyal clients and new customers now have the opportunity once more to enjoy the Coggles experience and shop for luxury brands all in one roof. 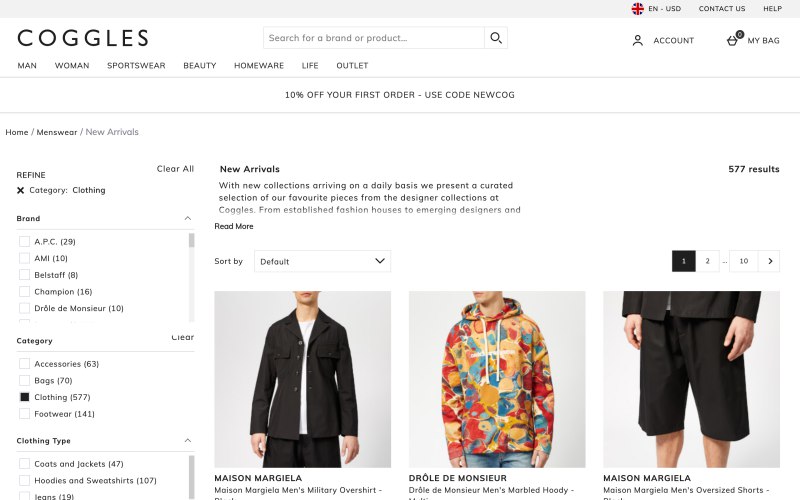 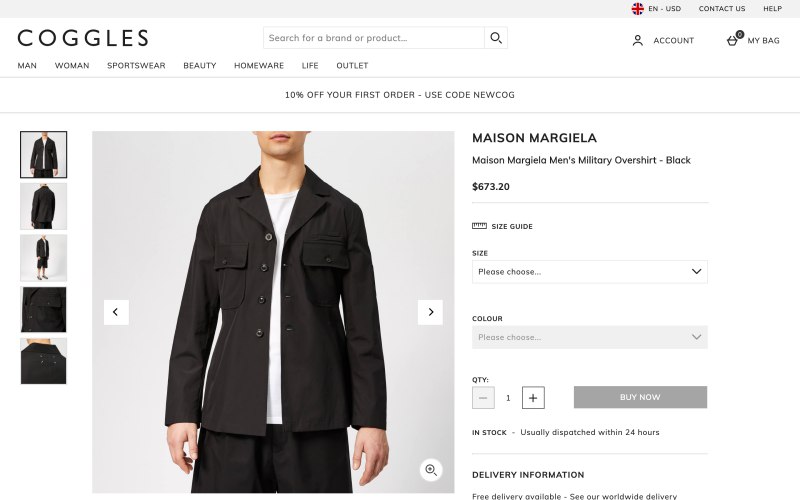 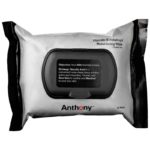 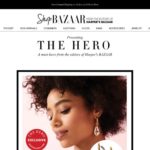